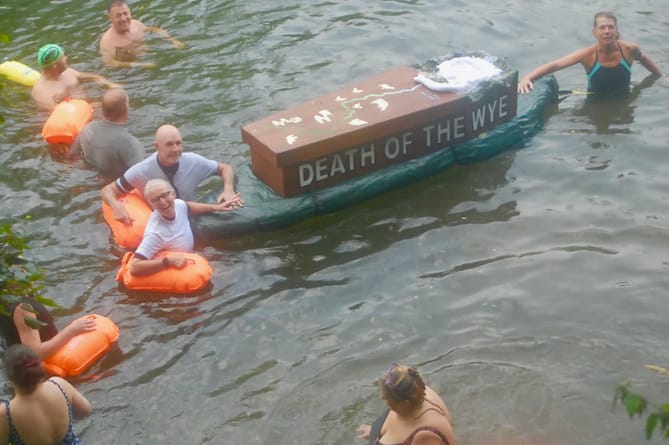 MONMOUTHSHIRE has become the first council in Wales to pass a motion committing to play its part in ensuring a clean ocean and rivers.

A motion put forward by councillor Jane Pratt won support at a full county council meeting on Thursday, but some members called for the Conservative-led authority to “get your own house in order” first.

The motion passed by councillors states that the council is “proud to be a coastal county and the starting point of the Wales Coastal Path”.

“We recognise the importance of the marine ecosystem and our role as a stakeholder and guardian of it,” it states.

“A report should be brought forward to council within six months of this motion containing appropriate recommendations to ensure we play our part in ensuring realising a clean, healthy and productive ocean alongside our existing commitment to tackle the climate emergency.”

Cllr Pratt said similar motions declaring a commitment to ocean recovery had been passed by Plymouth, Falmouth, South Tyneside and North Norfolk councils, but that Monmouthshire would be the first in Wales.

“Local government can’t fix the ocean crisis alone, but we need to play our part,” she said.

However Cllr Jo Watkins, Liberal Democrat group leader, called on Conservative members to get Monmouth MP David Davies on board, saying he had voted against preventing water companies from dumping sewage into rivers.

“We really do have to look after our oceans and our rivers, but I also have to say to the Conservative administration, please get your own house in order,” Cllr Watkins said.

Labour group leader, Cllr Dimitri Batrouni, said the council seemed to be taking “a different stance” to Mr Davies, and put forward an amendment to the motion to ensure rivers, as well as the ocean, are considered which was accepted.

However Conservative councillor Peter Fox said comments from opposition members were “bang out of order”, adding that Mr Davies’ views had been ‘misconstrued’.

Cllr Maureen Powell spoke in support of the motion, saying it was ‘sad’ to see the condition of the rivers and ocean.

“We can’t continue with the situation as it is and we must look to rescue it,” she said.

A campaign to highlight pollution of the River Wye was launched last year by wild water swimmer Angela Jones who floated a ‘coffin’ on the river with the words Death of the Wye on it to get her message across.