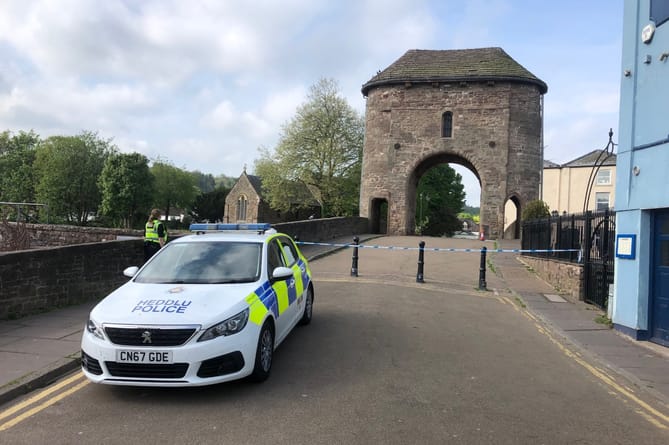 Police are investigating an alleged unprovoked attack on a man on the historic Monnow Bridge.

There was what appeared to be a large red blood stain on the road next to one of the archway pillars following the early Sunday (May 8) morning attack.

Police closed and taped off the bridge until shortly before noon on Sunday while forensic officers carried out investigations.

A Gwent Police spokesperson said: “We’re investigating a report of an assault in Monmouth on Sunday, May 8, after a 26-year-old man was reportedly hit to the back of the head by an unknown person between 1.40am and 2.10am on the Monnow Bridge.

‘We need to fight for this service’ says former Monmouth Mayor

Call for ambulance chiefs to halt cuts to service

“Enquiries are ongoing and anyone with information, including CCTV or dashcam footage, can call 101 or send us a direct message on social media, quoting log reference 2200152214.

One resident who posted a photo of the stain on the road after police completed their investigation of the scene said: “Monmouth truly looks medieval again, two days after the incident.

“How come the police left (it) in this state? How come Mon Council have also done nothing to what is one of Monmouth’s main attractions?”

But a woman responded: “I don’t think that you should have posted this… it’s a crime scene and someone lost a lot of blood in a horrific accident.

“The post has sparked a ‘who’s to blame’ debate which surely is inappropriate considering the circumstances.”