Rowers are in seventh heaven in Nottingham 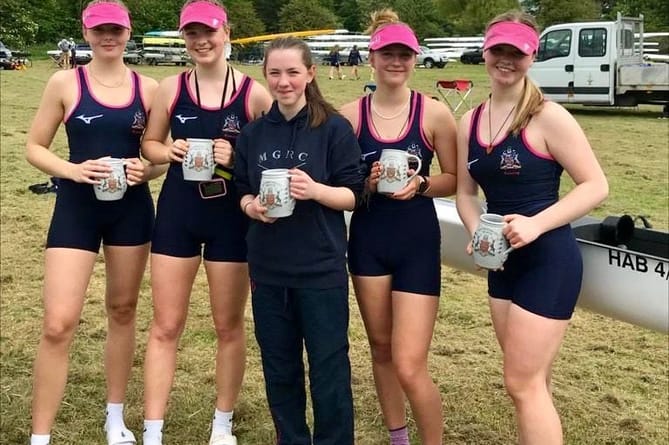 Monmouth School for Girls’ top crew proved the quickest women’s four of the day at Nottingham City Regatta, taking the Band 2 title by a distance from Loughborough University.

The next day it was the turn of Monmouth RC’s veterans at the Nottingham Masters Regatta, with no less than nine boats launching out to race over 1km on the two-time world championships course.

Mark Stewart-Woods took the prize in his E (over 55) single in a time of 4.04, winning by some 3L from his nearest Star Bedford challenger.

He then combined with club coach and Athens Olympian Tim Male to win the D (over-50) double sculls in a time of 3.47, beating City of Bristol by the same margin with Doncaster, the RAF, Nottingham RC and City of Sheffield trailing. 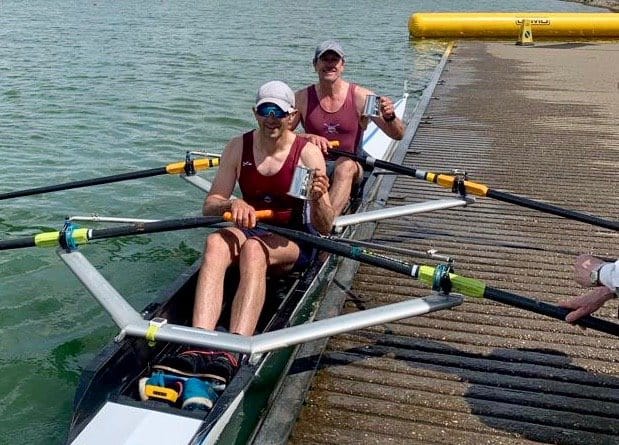 Next on the water was the men’s coxed D four of Matt Winters, Simon Lee, Paul Bezani, James Allison and cox Liz Lewis, who beat an experienced Notts and Union boat by just under a length in 4.03, with Notts RC and Grosvenor further adrift.

A great race saw them push winners Nottingham City all the way into a stiff headwind in a time of 4.45, ahead of Derby and Milton Keynes boats.

Races then came thick and fast, along with visits to the winners’ pontoon.

The men’s F coxless four (over-60) of Andrew Barnett, Nick Hooton, Colin Lewis and Peter Kelsall rowed down a strong Bedford RC crew to win by 2/3L in 3.47. 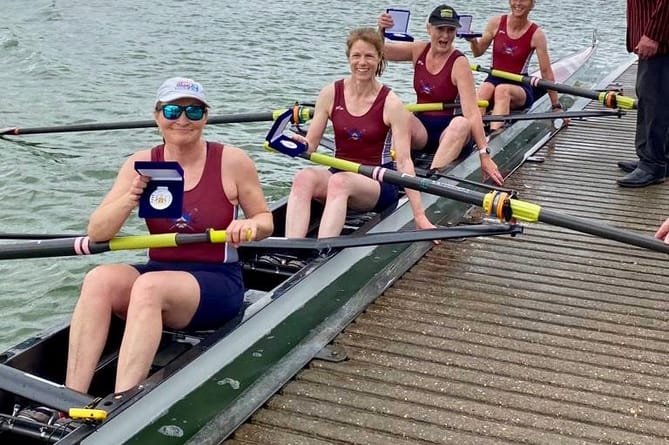 The men’s D crew then went out for their second race without a cox, and found the age handicap too much to make up, coming home third in 4.03 behind Bristol and Tyne crews.

Jumping out of the boat, Matt Winters then donned a lifejacket, grabbed a cox box and jumped into the Mixed 8 made up of Andrew Barnett, Nick Hooton, Colin Lewis, Jonathan Keyte, Louise Allison, Sue Smith, Mary Miller and Liz Lewis.

The crew had a seven-second head start over their much younger opposition from Bradford, and were able to stay ahead from start to finish, winning by 2L in 3.49. 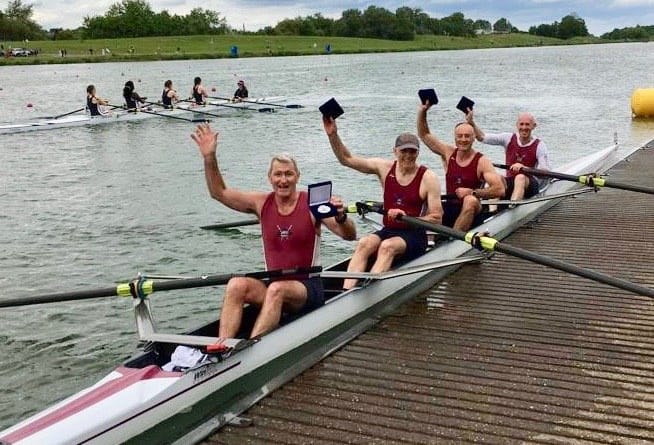