Inquest hears how pupil fell under wheels of bus 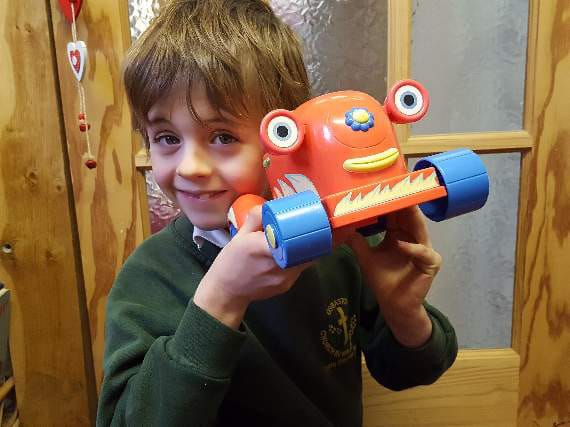 An Osbaston school pupil died after being run over by the bus that dropped him off outside his home, an inquest in Newport has heard.

Seven-year-old Sam Barker fell under the wheels of the minibus after closing the door and suffered "catastrophic head injuries" as a result of the incident which occurred on January 12, 2020.He was pronounced dead at the scene.The jury heard that the minibus, operated by CDS Hire and contracted by Monmouthshire County Council (MCC) for school runs, was carrying three pupils: Sam, his brother and another pupil from Osbaston School.The bus driver, John Bevan, pulled up outside the Barker’s family home near to the Manson Lane junction with the Hereford Road.The court was read a statement from the driver, saying that he asked Samuel’s brother "to open the sliding door" to let Samuel out and then drove away once they had both got off the minibus, without realising he had hit the boy.The jury heard that the driver "was happy the door was shut as the interior light was off. I checked both mirrors."As I pulled off, I felt a bump. I can only describe it as when you drop off a kerb".Gwent Police sergeant Rhys Dickinson said it was likely Samuel "had fallen or slipped" while leaning on the minibus, and was between the front and rear wheels as it set off.The driver said he was unaware that he had hit Samuel until he returned a few minutes later to hand back a lunchbox left in the minibus.A statement from Catherine Barker, Samuel’s mum, was read out by the assistant coroner for Gwent, Sarah Le Fevre.She didn’t recall seeing the bus arrive, just noticing it outside though the window as she walked past.As she got outside, she asked Samuel’s brother, who was out of the minibus, where Samuel was, to which he replied he was coming."I asked again where Samuel was. He still hadn’t appeared. I saw the bus starting to move off. That’s when I heard the noise."Mrs Barker said she saw Samuel lying on his side in the road, face down."I knew he was dead," she said.The inquest heard that guidance from MCC specified the driver must get out to operate the doors, while children should only do this in case of emergency.Richard Cope, MCC’s business manager for passenger transport and transport strategy, gave evidence that the driver should have opened and closed the minibus door for the children."It is my understanding that Mr Bevan was told that he was to read and be aware of the responsibilities in the rule book," he said."The rule book clearly states that the driver should operate the doors and the children do not."However, Mr Bevan said, "with CDS all that was done is we were taken around the route and shown the drop-off points" and claimed he was "never made aware" of the rule book.Nicholas Elsmore, a director at CDS Hire, said Mr Bevan had received a four-and-a-half hour training session on September 3, 2018, where he was driven along the route and went through a risk assessment and added that Mr Bevan also completed the mandatory course run by MCC.When asked if he had any concerns over whether Mr Bevan had understood the rule book, and could carry it out, Mr Elsmore said "absolutely not."The jury listened to a statement from the desk operator at CDS Hire, Maria Baldwin.She said she compiled the information packs given to drivers containing MCC’s rule book, and "did read through the rules for drivers and the rules for parents".Heather Heaney, MCC’s lead officer for safeguarding in education told the jury that she ran the council’s mandated training for drivers which Mr Bevan attended.She said attendees were shown a slideshow, with one slide stating that drivers must make sure they were familiar with the rule book and were provided with a hard copy of this.Paying tribute to her son, Mrs Barker said: "Samuel was such a bubbly, full of life, busy boy. He was an excitable character."Assistant Coroner for Gwent, Sarah Le Fevre added, "I would like to place on record my condolences to the family in what must have been and continues to be a horrendous ordeal." The Health and Safety Executive issued MCC with an improvement notice following Samuel’s death which led the council to review its arrangements for school transport.Debra Hill-Howells, responsible for passenger transport at MCC, told the court they had created transport officers who now check buses at schools during morning and afternoon drop-off in the wake of this.