Call for talks to halt 999 cuts 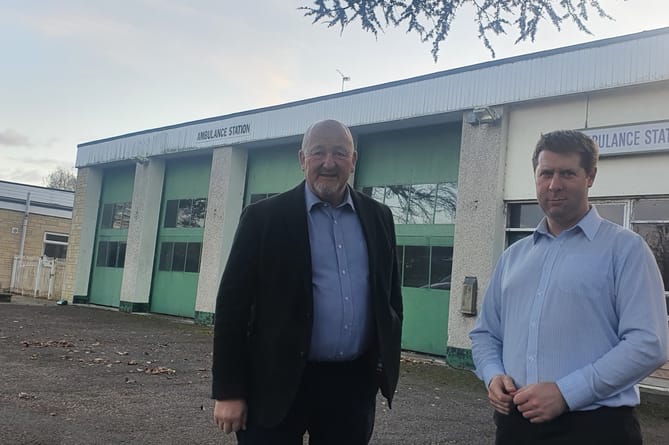 Peter Fox and Richard John outside one of the threateened sites

TWO Leading politicians have vowed to do all they can to prevent two major ambulance stations being downgraded in Monmouthshire.

It is understood that the Welsh Ambulance Services NHS Trust has plans to cut the number of rapid response vehicles—termed a “national roster review”—at both the Monmouth and Chepstow ambulance stations, effectively halving the fleet by leaving just one ambulance vehicle each.

Councillor Richard John, Leader of Monmouthshire County Council, and Peter Fox, the Member of the Senedd for Monmouth, will soon meet with the Chief Executive of the Welsh Ambulance Trust to discuss the situation.

Cllr John said: “Peter Fox and I are pleased that we’ll be having a meeting with the Chief Executive of the Welsh Ambulance Trust to understand more of how the national roster review is going to impact the citizens of Monmouthshire.

“During what I hope will be constructive dialogue, I hope we’ll receive the necessary reassurances that are desperately needed to ease the concerns of residents.

“As Leader of the council, I vow to do all I can to prevent the downgrading of these vital stations.”

“It would be a bitter blow should a cut to the number of ambulances be given the green light, especially when we’re already seeing terrible delays in ambulance waiting times.

“We will do everything we can to stop Monmouthshire residents losing out.”