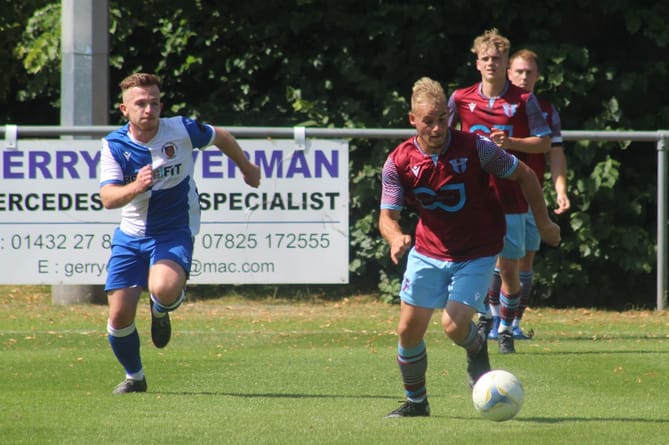 FOUR Wye rowers stormed to the U18 fours title at the British Rowing Junior Championships in Nottingham on Sunday.

The quartet of Monmouth School for Boys students, pictured right, three of whom are representing Wales in the Home Countries International in London this Saturday, raced in Hereford RC colours and took out the eight-boat time-trial by just 0.8 secs from a Hampton/Molesey combination.

And they stormed straight to the front of the pack, leading Aberdeen Schools by 1 1/4L at 500m, and stretching out to 2L at half-way.

The lead had grown to 2 1/2L with 500m of the 2km course to race, and they came home just over 2L clear of the hampton outfit in 7mins 03.11 secs, with the Scots taking bronze just feet back.

Monmouth Comprehensive School’s Violet Holbrow-Brooksbank and Seren Van der Horst placed eighth out of 29 in their girls’ U16 double sculls time-trial to put them in the B final.

The boys’ U18 quadruple scull of Tom McNally, Elliot Lynch-Warden, Boris Hale and Lewis Edwards finished just a length down on London outfit Team Keane to place fourth in their C final for 16th overall, with Sunderland City 2L further back.

Monmouth School for Girls’ student Ailsa Whitehead came third in the C final of the U14 girls’ singles after her time-trial, in the seventh fastest time of the 33 entries, which would have won the B final.

Meanwhile, Alfie Wynter, Ethan Chick and Henry Fraser will be taking on England, Ireland and Scotland as part of the Wales junior team this Saturday, alongside Monmouth School for Boys cox Ben Jennery and Monmouth School for Girls’ Elina Wright and Eleanor Emes who go in the girls’ coxed four and eight.

Monmouth Comprehensive School’s Peaches Hale and Violet Holbrow-Brooksbank are also part of the team to race at London’s Docklands, while Tom Powell has been selected as first reserve for the junior men’s team.