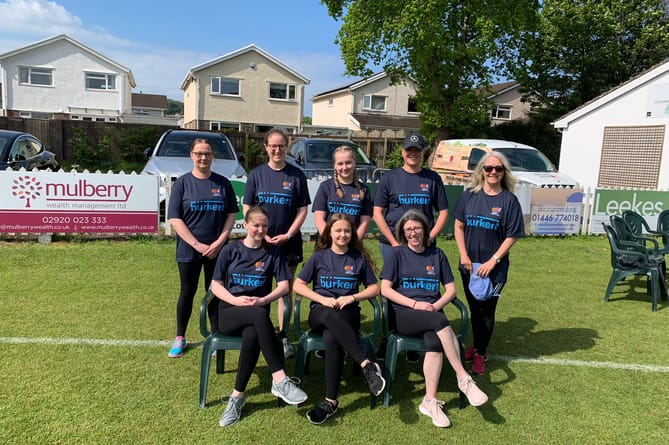 Lauren Maguire’s side played fantastically in the pairs’ format to defeat hosts Cowbridge and then Radyr in a double-header in the South Wales Softball League Division 1.

Helen McGloin with 27 top-scored for Monmouth, sponsored by Nayager Woods, in their opening match with Cowbridge, as they piled up 297-3.

With the team starting at 200 runs, opener Meg Maguire and Jill Jones laid an excellent foundation of 21 runs without the loss of a wicket, while Claire Maguire and Tracey Best also batted very well and kept their wickets intact.

In reply, a three-wicket burst from newcomer Karina Shaw immediately rocked Cowbridge and, with further wickets from Lauren Maguire, Megan Maguire and Jill Jones (1-6), Monmouth restricted the hosts to 283-6.

Against Radyr, Monmouth dazzled with the bat, losing just one wicket throughout as the big-hitting Shaw with 43, including three giant sixes, led the way.

Supported by fine fielding from Tracey Best, Lily MacDonald-Wallace and McGloin, the Monmouth team took 10 wickets as Radyr replied with 259-10.