Will wins at the Welsh 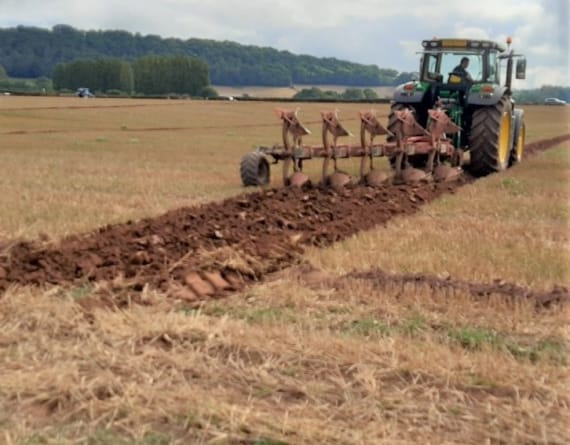 The Welsh National Ploughing Championships held at Llancayo last month saw a number of awards given to ploughmen for the best in their category.

Tory candidates in race to be PM visit county

Class 10, a novice class that had a lot of local ploughing entries, saw Llanarth ploughman Will Meadmore received an inscribed glass bowl for coming first in the class.A familiar face at the local Llangattock-vibon-avel matches, Will has won the 2019 and 2021 Under 26 Young Farmer Open Reversible class.A member of Raglan Young Farmers, he was a late entry for the Welsh match last month and was only rung with the news they had managed to secure some more plots three days before the event.His John Deere 6115R and Kverneland five furrow reversible plough was up against some stiff local opposition, but he impressed the judges enough to take first place."I didn’t expect to win" Will told the Beacon as he was facing some tough competition from the Bridgend boys, "but it went well and luckily I had a good plot". He does a lot of ploughing for his boss, Stan Evans at Llanvapley.In fourth place was Jason Bradley from Sedbury, Chepstow, and fifth was Dan Cornish, Rockfield.