‘No’ to fracking, but county still in impact zone 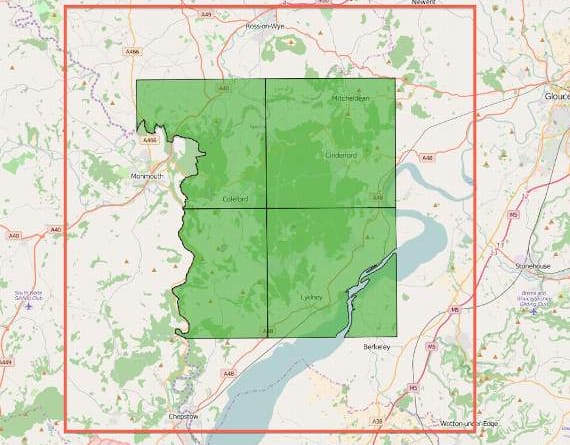 Monmouthshire could be affected by the zone of ‘potential impact’ (red box) despite there being no licenses in the county. Map data from OpenStreetMap

A NEW fracking license issued for the Forest of Dean could affect Monmouthshire, despite no sites being considered for the county.

The UK Government announced the latest licenses for hydraulic fracturing in search of shale gas, known as fracking, last month, including four sites in the Forest.

While the newly licensed areas do not directly fall in Monmouthshire, there is potential that the county could be affected by what has been called a 10 kilometre ‘zone of potential impact.’

A license for test drilling in the Forest of Dean has been granted to Mr Gerwyn Williams of Bridgend-based South Western Energy. The energy company has committed to test drill in the area, with the option to drill in areas close to the border including Coleford and St Briavels.

Carnival puts on a colourful display in Chippenham park

With both the Welsh Assembly and Welsh Government against fracking, and concerns raised by Monmouthshire County Council (MCC) about the drilling, the license contradicts the stance of the bodies.

In February last year, MCC carried a motion to support a moratorium on fracking in Wales, meaning a suspension of the activity. The motion, which was originally submitted by Labour’s Councillor Dimitri Batrouni, was approved by MCC, sending “a clear message that we wish to pause, which will allow the impact on our environment and homes to be properly assessed and understood.”

Cllr Batrouni continued: “I will be pushing council to find out what we’ve been told, if anything at all.”

Welsh Assembly Minister for Natural Resources Carl Sargeant said in a statement last year: “The Welsh Government continues to believe that the technologies behind hydraulic fracturing are unproven and therefore we have maintained our precautionary policy framework in respect of proposals involving fracking.”

Despite concerns, UK Government Energy Minister Andrea Leadsom states that fracking will not be a danger to the environment. “The UK has one of the best track records in the world when it comes to protecting our environment while developing our industries,” she said.

“We have the right protections in place to ensure that fracking can go ahead safely without risk to our most beautiful and important natural sites. People should have confidence in these protections and in this vital industry which could create over 60,000 jobs and be worth billions of pounds to our economy, that is why we are providing further reassurance for our most valued areas.”