My memories of that 'Lambsfoot' penknife 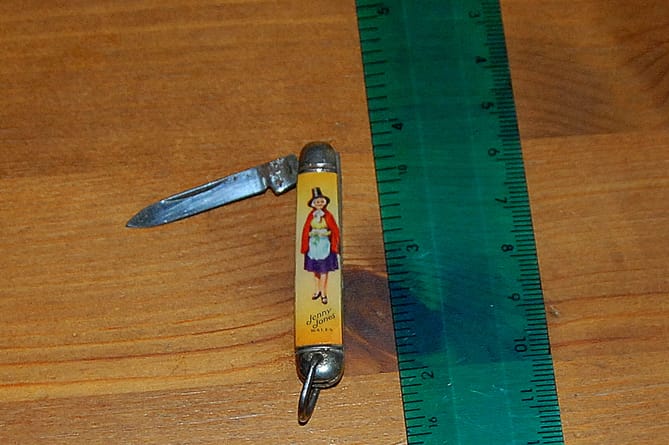 Tory candidates in race to be PM visit county

Here she recalls her memories of "Lambsfoot" penknife.My Dad always carried a penknife, as all farmers do, and I was fascinated by it, it was black, quite heavy, the pattern was like bark.I liked the way it felt and the weight in my hand! It was always a "Lambsfoot" a great big thing, very sharp, and he kept it that way by dint of a smooth curved spot on the granary steps, but it did everything...actually by the time I was about three years of age...maybe getting on for four, I was of the opinion that it did a little bit too much - let me explain.Dad would carry an apple in his pocket, peel it on the way up the field - hand me a slice and I would happily eat it but by now - I wasn’t so sure I liked this.I remembered that earlier that morning that knife did another job with a cows foot, the stuff that came out was disgusting - I told Dad the knife needed a clean before he handed me a slice of apple, thinking he would pop to the water trough in the hedge line to give it a quick swish. A mixture of amused and confused Dad duly cleaned his knife - in the ground!!! And then on his trousers that weren’t much cleaner than the cows foot and had another go at handing me a slice of apple, only to be refused again, consternation from Dad this time at my bolshiness. And he ate the whole apple himself without another word.I would ask from time to time about when I would be able to have my own knife but apparently this wouldn’t be until I attained the lofty age of 10 which seemed impossibly old from where I was standing at the time!!! But eventually the day came and YES, I got my knife, in fact I still have it and IF my camera lens can manage to get an image of something THAT tiny, I will take you a picture!!! Let me tell you boys and girls I was NOT impressed it was/is I tell you - so blimmin small! And I was as mad as a skunk, Dad tried to appease me by telling me we could get a good edge on it ....on those granary steps of course, which in fairness we did get a fair edge on it and yes it would cut bale strings...well - a bit like a knife through butter, but I was NOT the slightest amused!!! I knew I was being treated...you’ve guessed it - like a .....................GIRL!!!Funnily enough it started a lifelong preference for small decent quality penknives, and I have a collection of about a dozen. Perhaps Dad was right all along?! And of course, my penknives being small are actually legal to carry. However, a couple of summers ago I arrived at an Eagles gig, yes, the real Eagles Band, I might as well have a little brag! They searched everyone on the way in, I quietly broke out in a cold sweat with the horrible realisation that I had not got one but two penknives on me! I pictured myself missing the performance and spending the night in the cells....but no, they didn’t find the penknife in my handbag or the one in my pocket but guess what - instead they confiscated my absolutely deadly plastic bottle of water!