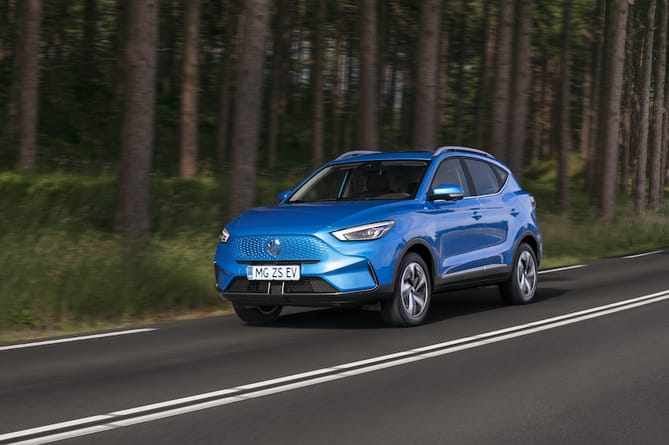 MG has announced pricing and specifications for its revised ZS EV.

Priced from £28,495 - inclusive of the government’s plug-in car grant - the ZS EV has been kitted out with a larger, 72kWh battery, bringing a range of up to 273 miles between charges. MG claims the ZS EV’s 76kW rapid charging capability means a full charge could take just 42 minutes when hooked up to a rapid charger or 10 and a half hours via a standard 7kW home wallbox.The exterior of the ZS EV has been revised too, with a stamped-effect grille fitted to help improve aerodynamics, while a side-opening charge port has been added too. There are new LED headlights, alongside a redesigned rear bumper and new wheel designs.Inside, the ZS EV boasts a new infotainment system. Accessed via a 10.1-inch touchscreen, the system has been given new graphics and ’improved functionality’, according to MG. A new digital instrument cluster has also been added alongside wireless phone charging. The ZS will also benefit from the ability to accept over the air software updates, enabling owners to keep their cars up to date without having to visit a dealershipEntry-level SE cars feature automatic air conditioning as standard as well as bi-function LED headlights, adaptive cruise control and a 360-degree parking camera. The Trophy model - priced at £30,995 after the plug-in car grant - incorporates a panoramic roof and leather-style seats, plus roof rails, electric driver’s seat adjustment and rain-sensing wipers. Finally, there’s the Trophy Connect. Priced at £31,495, this incorporates iSMART, a package including live services such as weather, traffic and Amazon Prime.