Monmouth Carnival organisers have decided to retire the annual Monnow Street parade, instead opting to focus on other parts of the event. 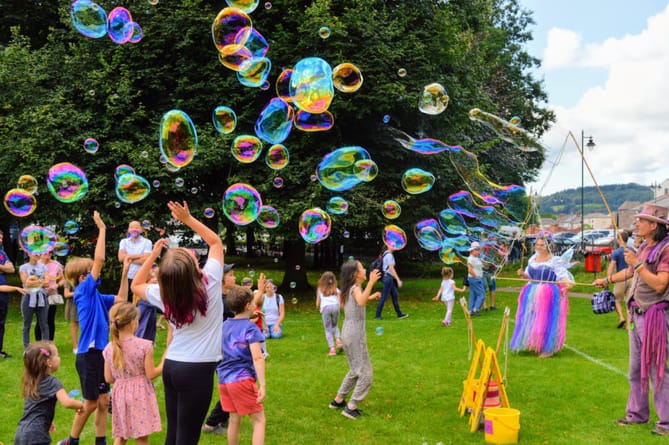 The decision was made at the Monmouth Carnival Voluntary Group’s annual general meeting which took place last Wednesday (January 26).

Last year’s event was the first time missing the parade in decades. It was held later in the year due to Covid restrictions. It usually takes place on the last Sunday of June and is expected to go ahead June 26 this year.Vehicular floats were jettisoned several years ago due to a lack of entries failing to justify the heighten costs of insurance and health and safety paperwork. Whilst health and safety is not a major concern of a pedestrian parade, the cost and organisational overheads of road closures would be better spent on the carnival events taking place on Chippenham Playing Fields.

The carnival’s day events returned to the Chippenham Playing Fields two years ago and have become the more popular part of the carnival. There is still expected to be a costume parade, but it is expected to take place on the playing fields.

Despite last year’s carnival not having a parade, there was plenty to see and do. Bezerkaz Circus entertained adults and children with stilt walking, fire juggling, and Poppins delighted carnival goers with an impressive hula hoop display.

A commentary on climate changes was performed Monmouth Savoy Youth Theatre, one of the mayor of Monmouth’s chosen charities.Monmouth Gymnastics took to the arena with another impressive display of somersaults, flips and cartwheels as they have done in many previous carnivals. Carnival regular John Kidley, delighted many with his coal powered maroon antique steam tractor, named the Cerys Mercy.

The event also received a visit from the 501st Garrison. Those familiar with Star Wars will have trouble ignoring the intimidating presence of Darth Vader, accompanied by an Imperial lieutenant and stormtrooper. Fortunately for carnival goers, they were quite happy to take photographs.South Wales Fire and Rescue Service brought down two vehicles to demonstrate their equipment and meet with visitors.

The costume parade entries were judged by Sherren McCabe-Finlayson, who’s the current chair of Monmouth’s Chamber of Commerce as well as a designer at Monmouth-based business, Platform One.