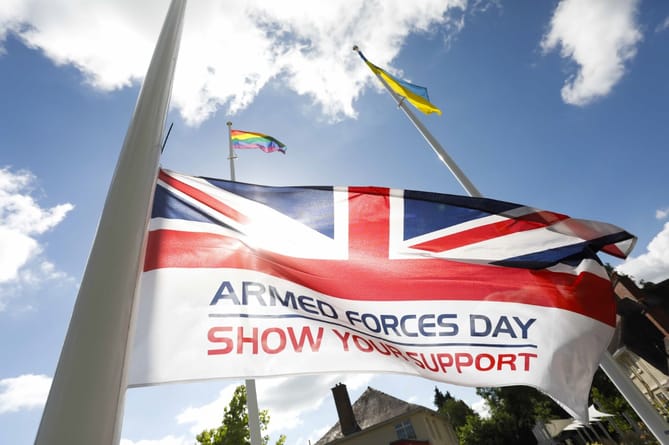 The Armed Forces flag was raised outside County Hall in Usk yesterday (Monday June 20) at 10am by the Chair of Monmouthshire County Council, Cllr Laura Wright, marking the start of Armed Forces Week.

The flag will fly in Monmouthshire all week to honour the contribution, commitment and sacrifice of our military personnel, past and present.

Ceremonies are being held to mark the lead up to national Armed Forces Day on Saturday 25th June. The day is an annual opportunity for the nation to show support for the Armed Forces community. 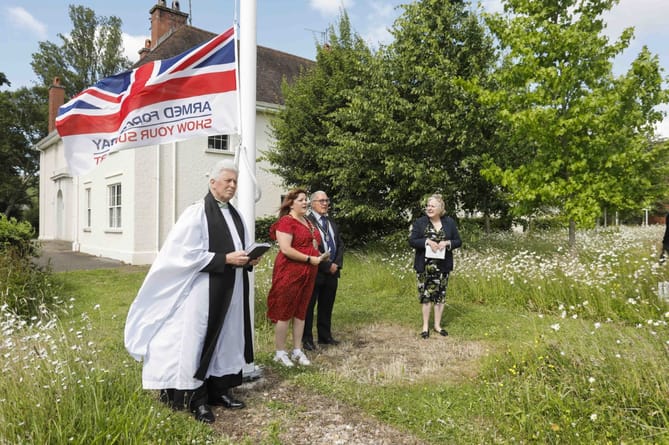 Cllr. Mary Ann Brocklesby said: “I would like to take this opportunity to thank all our service personnel and emergency service workers, and their families. Armed Forces Day will celebrate the work of servicemen and women as they serve around the world, protecting freedoms.

“We remember those who have laid down their lives for our freedoms on the 11th November every year. But this year we all probably have a different focus, brought into our homes on television, radio and the internet. The horrors of war have never been made more desperately clear by what is happening here in Europe, with the war in Ukraine.

“Every day we see fresh evidence of the atrocities and destruction, the flattening of cities, and the amazing fortitude of the Ukrainian people.

“Here in Monmouthshire among other facilities, Caerwent remains an important training area for service personnel, helping to equip our own servicemen and women with skills to confront terrorism.

“I also want to pay tribute to all those in the county who work or volunteer for the many support services which are offered to those who have served our nation. More than thirty organisations are playing a key role in smoothing the way for those who are, or have been serving, in the forces.” 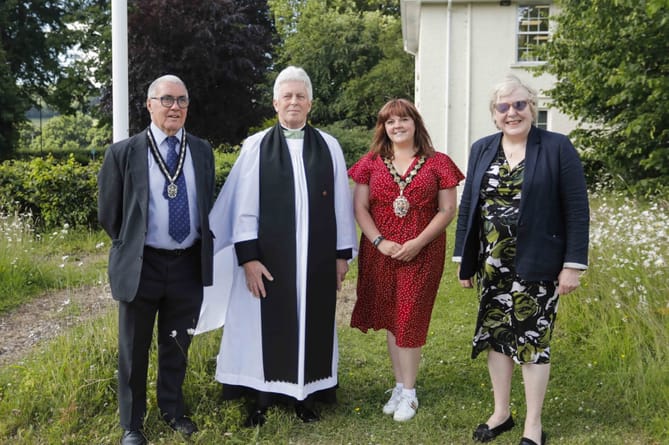 Armed Forces Week comes after Monmouthshire Veterans’ Support Hub was introduced in March 2022, with the aim of delivering high quality, person-centred support to veterans from the military and ex-military community. The Hub aims to empower veterans, and those in transition, from military to civilian life, integrating into local communities.

The sessions are held in the heart of Abergavenny which is easily accessible by car, train and bus routes. If you are a veteran of the armed forces, Monmouthshire Veterans’ Support Hub in Abergavenny can provide you with advice, guidance, and support on topics such as housing, benefits, debt and health and wellbeing.

Equally, if you are anxious about the future, or struggling to adjust, just talking to other veterans may help you through your journey. Every Monday from 10am – noon, you can join other Veterans in Monmouthshire at Abergavenny Hub, Town Hall, NP7 5HD.

To see what services and support the council provides for Armed Forces personnel, click this link: The Armed Forces - Monmouthshire