Monmouth Town Council were forced to retrospectively approve the location of a bike shelter. 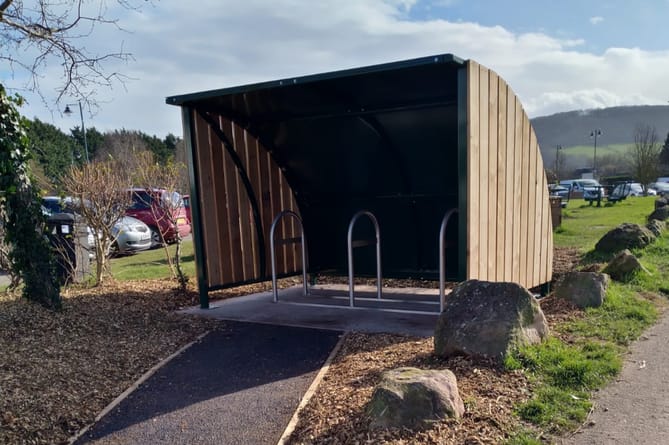 During the full council meeting on Monday, councillors were asked to give permission for the location of a bike shelter after it had already started being built.

Chairing the meeting, Mayor Terry Christopher said: “We’ve had to put this on the agenda because we have no record of the town council actually agreeing to the alternative site where the bike shelter is being built.”

Deputy mayor Anthea Dewhurst commented: “I think it’s a pity it has to be retrospective, but in fact, it does in my opinion look good.”

Funding for the bike shelter was approved at a Full Council meeting on November 11, 2020. Up to £6,000 was provided to the Active Travel Group to match fund the Monmouthshire County Council Grant for the supply and installation of 25 cycle hoops throughout the town and one cycle shelter, to be paid from general reserves. The specific agenda item was to discuss and agree funding for the cycle shelter at Blestium Street.

At the same meeting, the council also agreed to refurbish two benches currently at the Mitchel Troy Recycling Centre for use at two places on Vauxhall Fields: near Inglis Bridge and behind Vauxhall House. Cllr Dewhurst took a look at the benches in their current state and said they’re ‘definitely worth refurbishing’.