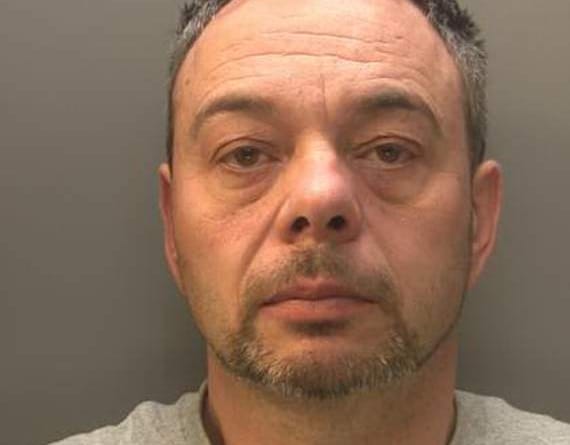 A MONMOUTHSHIRE man has been sentenced to life imprisonment with a minimum term of 25 years after murdering his former girlfriend and hiding her body in Usk.

Peter David Morgan, of Llanellen Court Farm, Llanellen, was found guilty of the murder of Georgina Symonds at Newport Crown Court this morning (21st December) after a trial that has lasted more than three weeks.

After one juror was discharged due to illness, the jury were sent out at around 10.30am on Friday and took almost 17 hours to reach a unanimous verdict. The jury had been asked to decide between a charge of murder or manslaughter on the grounds of diminished responsibility.

Prosecuting QC William Hughes told the court that the murder was “pre meditated” and “well planned”. Morgan admitted killing 25-year-old mother of one Ms Symonds on 12th January by throttling her with baling twine, but denied her murder on the grounds of diminished responsibility. When questioned by police he admitted strangling her with a length of baling twine and hiding her body at the family home, Beech Hill Farm in Usk.

Ms Symonds, who had moved into a bungalow owned by Morgan in the grounds of Morgan’s Pencoed Castle, was being paid around £7,000 a month by him to remain exclusive.

The court heard how Morgan decided to “frighten” Ms Symonds after he overheard her discussing plans to leave him. Morgan had installed a listening device in the form of a socket adapter in the property, which he used several times.

In a statement, Deborah Symonds, mother of Georgina said: “The death of my daughter Georgina has been a devastating tragedy for the whole of our family. Her beautiful daughter has been left without a mum. Georgina has left a hole in our lives that will never be repaired.

“All of our happy memories will be kept forever in our hearts.

“We respect the decision of the jury and whatever sentence is handed to Peter Morgan will never compensate for our loss.“We would now like to be left to grieve as a family in privacy.

“The family would like to express our sincere thanks to Gwent Police who have been excellent throughout our ordeal.”